It's hard to visit Cleveland without becoming aware of its Little Italy neighborhood, and the celebrated nature of its Italian population. If you find a few old-timers around there willing to reminisce, you might find out about a second Italian neighborhood called Big Italy, settled around the turn of the century, and at one time containing a 93% Sicilian population. This was one of the more densely populated neighborhoods of the city, located near just southwest of the city center off Woodland Avenue:

The reason most of us have never heard of this once bustling neighborhood was because of urban renewal during the 1950s. The neighborhood's population had fallen from a high of over 4,000 in 1910 to a mere 1,300 by 1940, prompting city developers to solve this urban blight issue using then state-of-the-art urban planning: building a freeway.

Thankfully, this kind of questionable urban planning has largely fallen out of favor due to the way it disrupts the organic growth and evolution of a city. Downtown population growth today is largely constrained by a lack of vacant residential units. This freeway project overlaid and eliminated downtown's only adjoining residential district. Had this project not occurred, how much different would the city center look today?

For some more reading, check out The Encyclopedia of Cleveland History's Big Italy page
Posted by CCarson at Tuesday, April 30, 2013 No comments:

Email ThisBlogThis!Share to TwitterShare to FacebookShare to Pinterest
Labels: history 
The National Trust for Historic Preservation's blog just wrote this feature of Playhouse Square, which turns out to have been the largest theater restoration project of all time, coming in at over $100 million (in 1980s dollars!) Playhouse Square is the second-largest performing arts center in the country, trailing only behind New York's Kennedy Center. To be sure, it's a lot prettier, too.

Critics called him crazy.
Even well-wishers who offered Ray Shepardson sincere support couldn’t believe the school administrator’s crusade to preserve four historic theaters in Cleveland, Ohio, could possibly succeed.
But it did -- and then some.
Today, Shepardson’s once improbable effort is Cleveland’s crown jewel: His rescue not only initiated the world’s largest theater restoration project (totaling some $100 million), it transformed that quartet of crumbling venues into a revitalized PlayhouseSquare, one of the largest performing-arts complexes in the country (second only to New York’s Lincoln Center).

A note about sources

When it comes to local history, there aren't many secondary sources available. I'm an amateur historian, which also means that I'm lazy. I want to give credit where credit is due--the knowledgeable folks at http://www.urbanohio.com provide much of the inspiration for many posts here. It's probably the best Internet source out there for all things Ohio, past, present and future. I highly recommend that anyone interested in staying on top of the goings-on in the city read this blog. 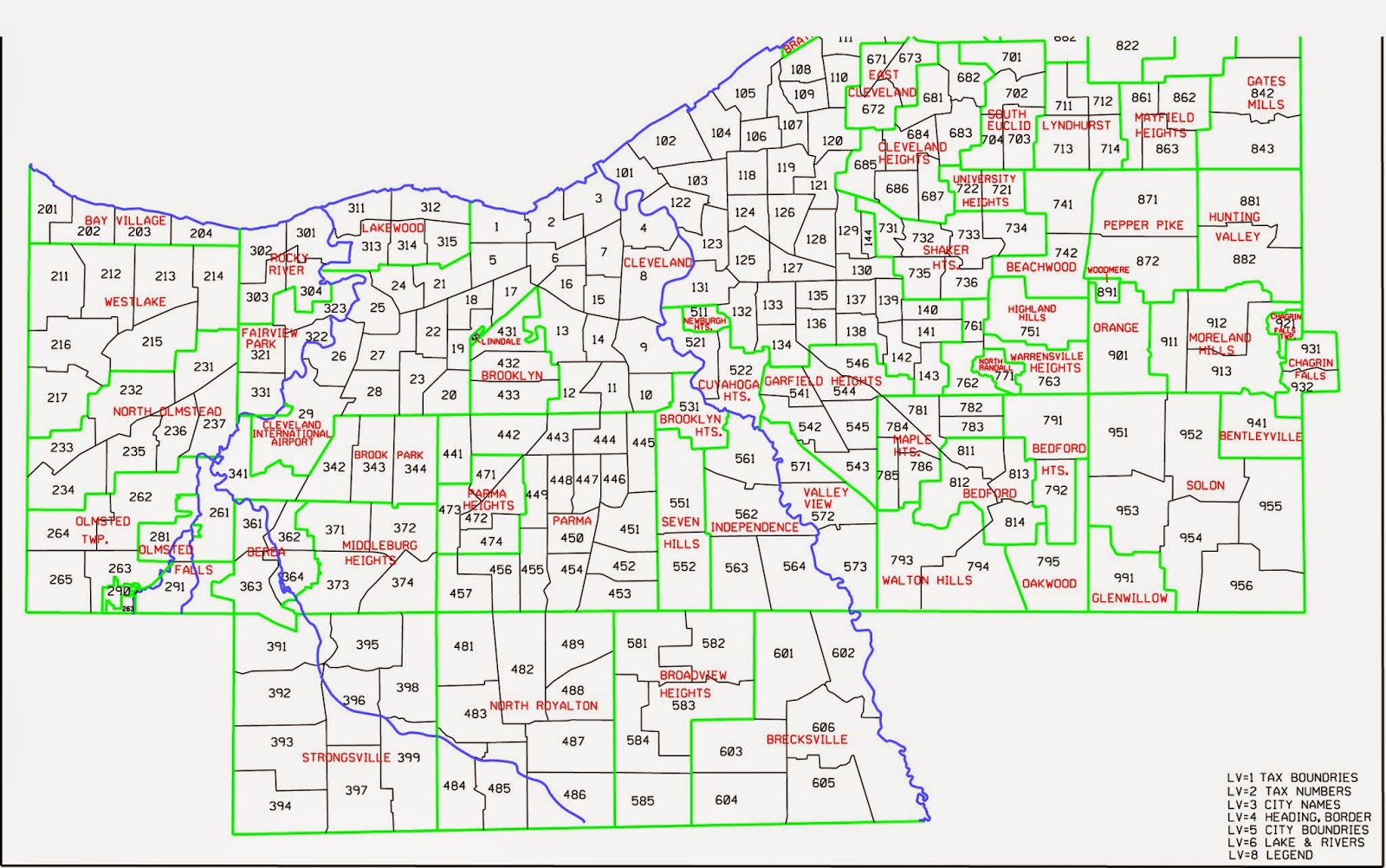 The intersection of Harvard and Broadway Avenues once hosted a busy intermodal transit hub, where commuters made their connections between the Pennsylvania Railroad passenger trains and local streetcars running to all points in the city.


By contrast, here's a Street View of the intersection as it looks today:

One can make out the streetcar tracks still coming through the asphalt. Here was a place where commuters by the thousands per day would make their train changes to get home or get to another city. Did our culture change, or was it forced to change by that layer of asphalt poured over those streetcar tracks?

One such person responsible for the change in transportation habits in Cleveland was Albert S. Porter, the long-serving Cuyahoga County Engineer who was best known for progressive acts like bulldozing entire ethnic neighborhoods in favor of freeway interchanges, stopping downtown subway plans even after voter approval, and ultimately shutting down the streetcar system in 1954. For some hilarious further reading, check out this vitriolic, yet amusing essay about Porter, courtesy the KSU's Collective Urban Design Collective (appearing in the book "Cleveland Stories: True Until Proven Otherwise," pub. 2011).
Posted by CCarson at Sunday, April 28, 2013 No comments:

This nondescript box with lid was found in a South Euclid basement. I think it's the world's oldest electric clothes drier! 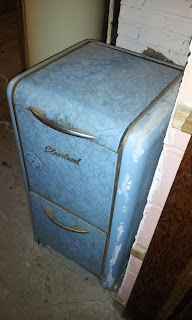 We recently bought a duplex in North Collinwood from the former owner's daughter--a house that had been in the family since 1963, and owned by Type As since at least 1951. They managed to keep a GE fridge running for 62 years, and were even careful enough to save the original owner's manual. 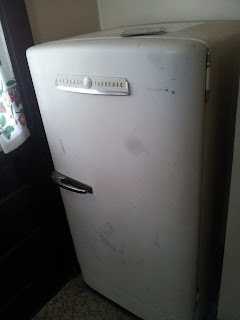 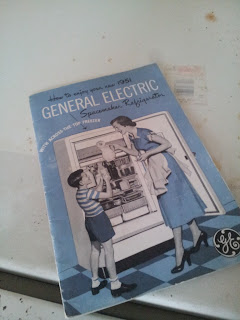 Email ThisBlogThis!Share to TwitterShare to FacebookShare to Pinterest
Labels: oddities

I know what you're thinking. Cleveland, the world's wealthiest city? This guy is nuts!

For sure, we've come a long way since those days, thanks in no small part to burning rivers, smokestacks, and local comedians.

You might have heard of this guy named John D. Rockefeller. He's from Cleveland, and his business, Standard Oil, was built in Cleveland. His home was and is known as Forest Hill, a 400-or-so-acre estate that straddles the line between the suburbs of Cleveland Heights and East Cleveland. In 1902, his total wealth equaled about 1% of the country's GDP. He made his money here, and he wasn't the only one who got rich on these shores.

I'll admit, I'm no statistician and this tidbit of wealth-info is probably urban legend (at least until I get _really_ bored!). But there are several sources out there that seem to state that Cleveland became the world's wealthiest city in 1885. Money tends to leave a long impression. Some of it is still around--just one example is this east-side suburb, the 6th-highest income place in the U.S.

Some of that wealth has sought warmer climates, but all of it left a legacy of unmatched architecture, unusually important cultural institutions, and a treasure trove of groundbreaking historical events.

I think this legacy is worth preserving. All we have to do is find a little hope.