Cleveland city officials and developers have lately begun making noise that the city center is short over 600 parking spaces thanks to the development of the new convention center and its companion Hilton hotel.

Naturally, the need to serve an increased number of visitors with parking facilities can be viewed as a boon to local businesses, not the least of which, the parking lot operators. But what is the economic cost of all this?

We Clevelanders have learned a painful lesson about surface parking lots: they destroy the urban fabric of a neighborhood and discourage surrounding development. Below is a forty-year time lapse photo of the historic Warehouse District, as taken from the top of the Terminal Tower.

Most agree that surface parking lots in central business districts are categorically a bad thing. Land devoted to storing idle automobiles is not productive land. Dimly-lit surface lots encourage crime and kill pedestrian activity. Open land creates windswept sidewalks unpleasant for walking. Cheap parking discourages uses of pre-existing efficient transportation methods. To this end, several cities in the United States have identified the elimination of surface parking as one of their enumerated goals.

Current parking operators in town are also getting away with murder tax-wise as well. Because surface parking lots are not very given a high valuation when compared with, say, a 50-story highrise, parking lots pay magnitudes less property tax than their more developed neighboring lots. For example, owners of surface lot close to the WKYC-TV studio pay just $26,500, as opposed to the landowners of the Lakeside Avenue studio who pay a staggering $158,000 for roughly the same amount of land. Couple a low tax bill with a practically risk-free business model of selling little tickets to people for $5 per day, and one can see why surface parking is such a good business to be in today in Cleveland.

The reality is that the surface lot is costing us all money in the form of reduced property taxes to the city, higher crime, lower desirability, and the destruction of a sense of place. A surface parking lot owner is little more than a squatter, making the easy money selling small pieces of paper to solo motorists while waiting for the next building boom to increase property values. Unfortunately, when a market is composed entirely of rent-seeking squatters, that building boom never materializes.

The government has a powerful tool in its arsenal to guide growth and development in the right direction. The old adage goes: if you want more of something, subsidize it; if you want less of something, tax it. Currently, downtown surface parking lots are enjoying something of a subsidy in the form of a reduced property tax burden when compared to owners of more productive, adjacent real estate. Instead of giving owners of fallow properties tax breaks, we ought to tax them just enough to make them go away.

Pittsburgh is one of the best examples of a progressive parking-elimination policy. Its 37.5% tax on parking revenues is one of the highest in the nation. The surface parking lot is a rare sight indeed in Pittsburgh's central business district. 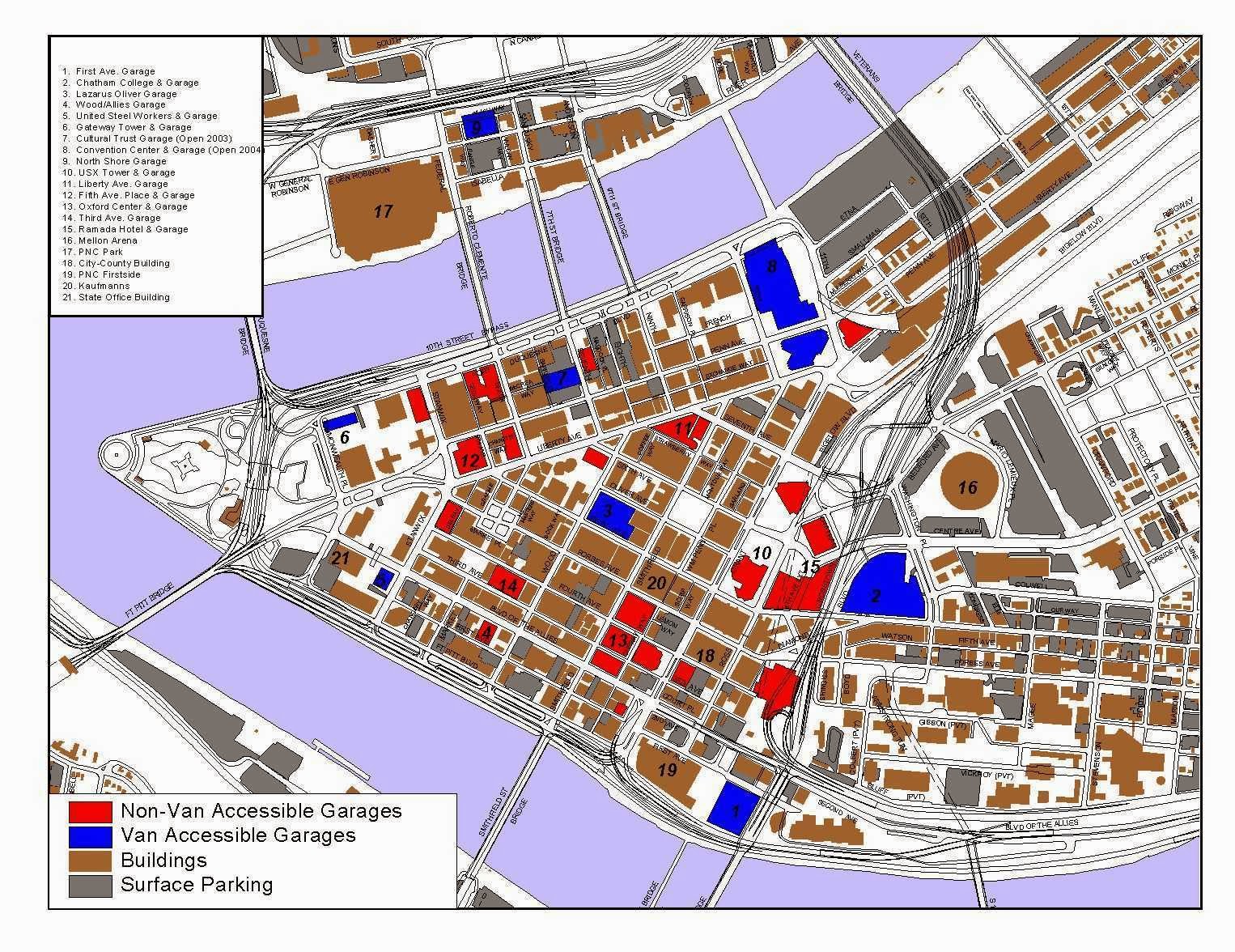 Clearance of slummy surface lots from highly valued land is not the only benefit of such a high tax. Pittsburgh collected over $44 million from its parking tax levy when it was implemented in 2004 in current form.

Cleveland has its own parking tax, an 8% levy passed in 1995 to fund the construction of the Cleveland Browns Stadium. With a quick peak at the city budget, we can back-calculate just how much more the city will earn from a hypothetical tax hike to match Pittsburgh's 37.5% tax.

By enacting this space-saving, city-rebuilding measure, the City of Cleveland can increase its revenue to budget by 8.25% overnight in an almost risk-free move.

How will a parking tax affect the availability and pricing of parking downtown? Generally, studies indicate that parking demad can be somewhat price elastic -- that is, consumers will more readily substitute a cheaper option when the price rises, like carpooling or public transportation. Given that parking rates are based on what the market will bear, price-sensitive consumers will substitute cheaper options like parking further away, or using the train, thus resisting parking lot operators' attempts to pass on the parking tax to the consumer.

Even if parking lot operators decided to simultaneously preserve their margins by passing on the cost to consumers, the average $5 parking spot would rise to $6.37 -- a small price to pay to put the surface lots out of business.

To recap, we will see several benefits from a parking tax increase:

"We city-dwellers don't like to think of parking as expensive; we prefer to think of our suburbanites as cheap."

On top of that, it will close the loophole allowing parking lot operators to pay an unfairly small share of property taxes, encourage more new construction downtown, and revive the historically high density that once characterized Downtown Cleveland.