Here's a Sledgehammer, Kill that Fly: The Laughable Nature of Cleveland City Ordinances 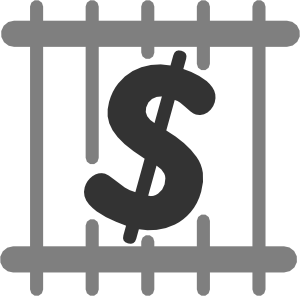 Sometimes, my day job requires me to do some light reading of the Cleveland City Ordinances. Almost every time I crack open this tome, I feel like I'm the only person who has ever read this stuff. There really are some Easter eggs in here. Here are just a few:

This one is from the Zoning Code, which aside from the zoning rules, also contains off-street parking rules and regulations of the sizes of political signs. Get this:


§ 327.99  Penalty. [A]ny person, firm or corporation who violates any of the provisions of this Zoning Code or who fails to comply shall, for each and every violation or failure, be fined not less than one hundred dollars ($100.00), nor more than five hundred dollars ($500.00) or imprisoned for not less than ten (10) days, nor more than ninety (90) days, or both. A separate offense shall be deemed committed each day during or on which such violation or failure to comply is permitted to exist under notification thereof. Cleveland City Ords. § 327.99(a). (emphasis added)

So, for violating any provision of the Zoning Code, the least amount of money you can be fined is $100 per day the violation continues. If the city really hates you, they could hit you with the double-whammy of 90 days in jail.

"Why, shouldn't there be a fine for violating the zoning code?," you ask. I agree, of course. I take issue with the daily penalty requirement. Some of these zoning code requirements are downright trivial and can last for years. What's more, the zoning code requires a minimum fine of $100 per day. In a situation where the owner inadvertently violates the code for a year, the city would be required by law to levy a $36,500 fine. Anyone who thinks that this punishment is proportional to the crime needs to pass the pipe.

This type of legislation tends to reduce formal enforcement actions against more "everyday" violators to something close to zero. The city instead focuses all of its efforts on punishing only the most egregious bad actor with swift, malicious and horrifying punishment. This is something similar to the system of jurisprudence in the middle ages. Way to go, Cleveland.

Let's explore the types of things that can land you in hot water for a $10,000+ fine and 90 days in jail:
That's a hefty penalty for the politically active resident. Election season is a long time.

Here's another fun one, that tries to impose guilt without trial.


(b)   The imposition of any penalty under this division shall not be construed as excusing or permitting the continuance of any violation, and when the violation constitutes a nuisance, any owner of the premises, whether the owner at the time the violation was committed or his or her assignee, shall be deemed guilty of a violation of this Zoning Code each day he or she permits such nuisance to continue unabated after due notice from the Director of Building and Housing of the existence of such nuisance. Cleveland City Ords. § 327.99(a). (emphasis added).

Ahem, have we heard of a little thing called "due process?"

Granted, I understand what they are trying to do here: they are attempting to create a rule that allows whatever tribunal imposing the penalty to assume guilt from prior acts without having to relitigate for fines. There is a concept called issue preclusion that is a similar concept, but this requires that the facts at issue be the same as before. Here, the facts are always different, because each day the violation continues is deemed different for the purpose of levying fines. The city is trying to have its cake and eat it too.

I'd laugh, but the truth is that this is tragic. I bet the same problem exists nationwide.