A major development that will change the face of University Circle is moving along without much fanfare. The City of Cleveland, the Cleveland Public Library, and private developer Midwest Property Group have put the gears in motion to repurpose the former site of the Third District police headquarters, the MLK branch of the public library, and several parcels of central park space in the heart of University Circle.

The ambitious project also involves a total rerouting of traffic through University Circle -- the elimination of the fork separating Chester, narrowing Stokes Blvd. and eliminating a handful of disused access roads to calm traffic and open up land for development.

The project could add over 700 apartments, ample streetfront retail opportunities and provide a much more inviting streetscape for pedestrians. This, combined with the One University Circle project directly to the south, could increase the population of this small area by over 1,500 by next year.

Land acquisition is moving forward with UC3 holding companies already having acquired more than half the site including the former city park land in the center of the circle. 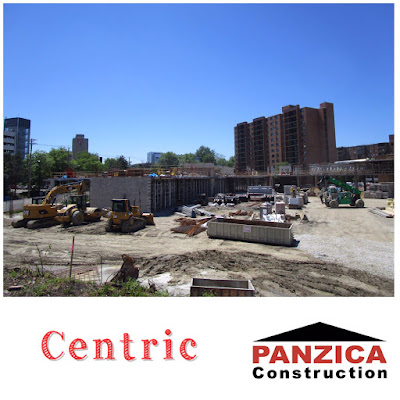 Formerly known as the "Lot 45 project," this project replaces a the eponymous CWRU/CIA parking lot that separates Little Italy from University Circle. The seven-story, mixed-use building will include streetfront retail, covered parking, and a rooftop patio. Perhaps the most important part of this building is its direct connection to the rapid-transit station that was recently relocated to Mayfield Road from East 120th Street, where it stood disused and neglected. This project will be one of the most ambitious deployments of transit-oriented development in the state once finished. 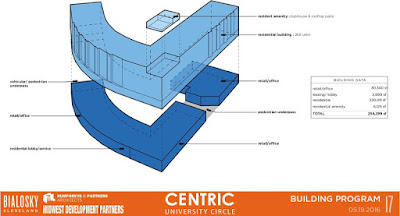 Once finished, the $70 million project expects to rent at $2.25 per square foot. The author happens to believe that this is very optimistic given the rapidity of apartment development in the immediate area, but things must need to be said in order to secure financing. We welcome the addition of new development to tie the community together.