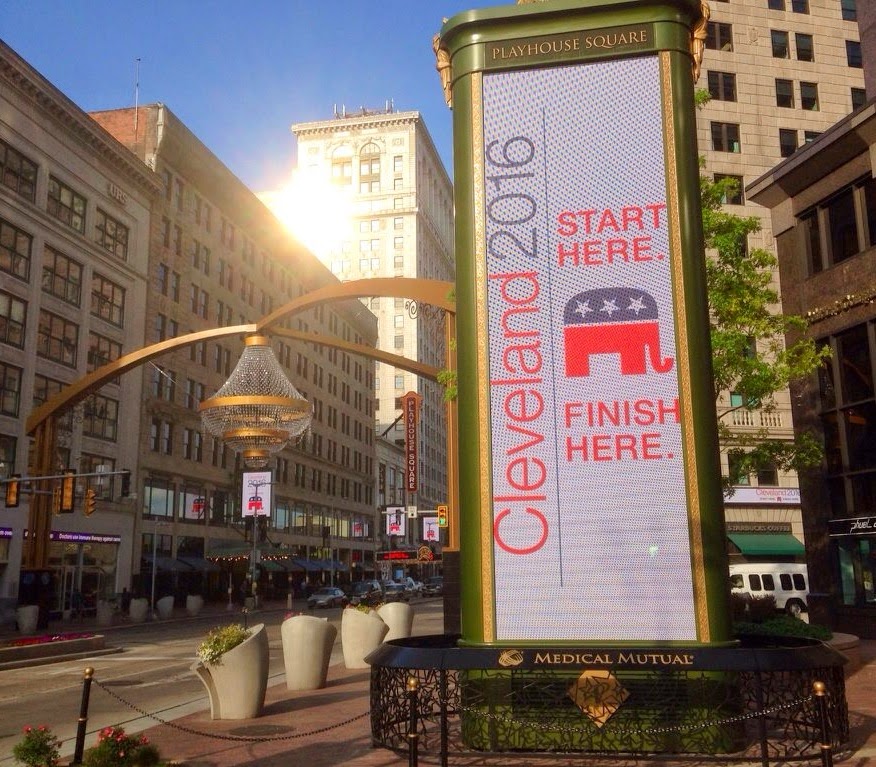 Earlier last week, a news outlet in Denver erroneously reported that Cleveland was out of the contention for hosting the 2016 Republican National Convention. (They have since updated the story to reflect the truth that Cleveland is now a finalist with Dallas to host the convention).

Interestingly enough, the original version of this story (which can no longer be accessed) had Matt Borges, the Ohio GOP chairman, stating that he had heard that Cleveland was about to be eliminated in favor of Denver in the event bid. It's not much of a vote of confidence from the state's leadership in this competition. It's probably no wonder--those people in Columbus would probably rather secede from the rest of the state rather than be associated with us northern city slickers--especially party-line Republicans.

What's in a convention
We can point to many factors in consideration that will prove important to the site selection committee--access to donors (Dallas wins), conversion of the undecided swing vote (Cleveland's got it) downtown infrastructure and support (both cities are respectable), ease of getting around and logistics, the lack of which led to snafus in Tampa (Cleveland wins by a wide margin), the weather (for once, the Cleve has the nicer of it). Which of these is most important to the RNC is a question only they can answer, and we won't hear any of it until they've announced their decision.

Texas attitudes
The news coming out of Dallas lately shows that they think they have this in the bag. Phillip Jones, chief executive of the Dallas Convention & Visitors Bureau, when asked about what to do next, he replied, "do nothing."  Their hubris might prove fatal, however: Dallas can't commit to starting the convention until July 18, well into the fiery Texas heatstroke season. Cleveland, master of shutting down the city for private interests, has offered up a June 27 start date. Evidently, that date even accounts for the unlikely possibility that the Cavaliers will have advanced to the NBA playoff finals (I hope that by 2016, I will eat my words, but history is on my side). Mark Cuban won't budge his Mavericks' schedule in Dallas.

One issue that isn't being widely discussed in the hullabaloo is the money issue. The RNC expects the host city to raise $60 million to pay for the convention. It's not clear as to whether that money is going to come directly out of taxpayer coffers, or if it will all be sourced from Republican backers.

The event promises 50,000 visitors to the city. Assuming they're all here for four days, they'll have at least three days of hotel stays, at $200 per room. Further assume that they all have a per diem budget of $150 (rather generous, perhaps, considering the number of clerks and lackeys who will be dining exclusively at Subway for the duration of the trip). That's $1,200 in expenditures per person. That's a total of $60 million in expenditures. Not accounting for the multiplier effect, the government might only see 8% of that money on the extreme high end, accounting for sales taxes, bed taxes, local income taxes from wages, etc. Now we're down to $4.8 million in direct revenues. However, it was earlier reported that the 2012 convention in Tampa produced over $200 million in extra economic activity for that city.

It's being reported that Dallas is well ahead in the fundraising campaign, having raised $45 million to the $25 million that Cleveland already has committed.

i'd rather be lit on fire and pushed into traffic while listening to Nickelback than go to Dallas in the summer.
— john r stanton (@dcbigjohn) June 25, 2014

He's got it right -- "traffic" and "being on fire" are probably the two most common things that come to mind when thinking of Dallas. Oh yeah, and who shot J.R.?
Posted by CCarson at Saturday, June 28, 2014